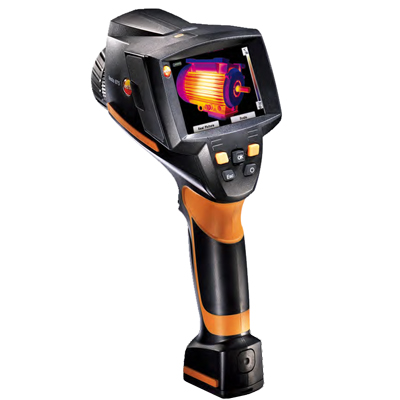 It’s a bird! It’s a plane! No, it’s SuperResolution! Okay everybody get ready for some science. Testo SuperResolution is a fascinating and extremely useful technology that is patent-pending and available on Testo Thermal Imagers.

So to begin let’s talk about the bolometer (the part that takes the radiometric readings) inside a thermal imaging camera. You can think of the bolometer like a pegboard with each pixel being an individual peg attached to the board in a rectangular formation. The first image (though crudely hand-drawn by yours truly) represents this. The white space in between the pixels (square in reality) is where the thermal insulation is, which allows the pixels to read radiation data individually without any cross-talk or interference. Now this produces an accurate reading per pixel, but there is space in between each where no data can be read. A normal thermal imager will fill in these gaps using an interpolative algorithm, essentially using formulas to guess what the temperature of objects in the white spaces would be. This can cause the thermographer to miss hot spots that are smaller than the individual pixels (or the camera’s resolution). 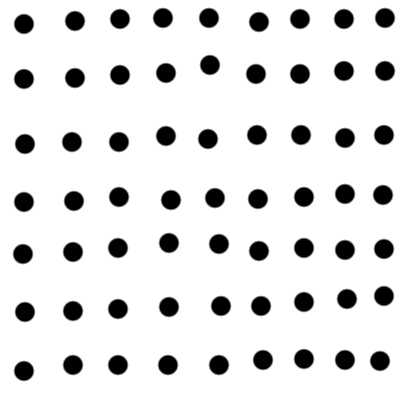 What Testo SuperResolution does is it takes advantage of the natural tremor in the users hand to capture four times the images than a normal thermal camera in an instant. This fills in the white spaces with real data instead of using a formula to guess temperatures. The result can be represented by something like the second image here, which (again coarsely drawn by me) shows how much the data gets filled in. Just from this visual you can see that much more data is being collected. The distinct advantage of SuperResolution, and frankly what makes it so cool, is that it is using real temperature readings to fill in the gaps, not an extrapolated value. 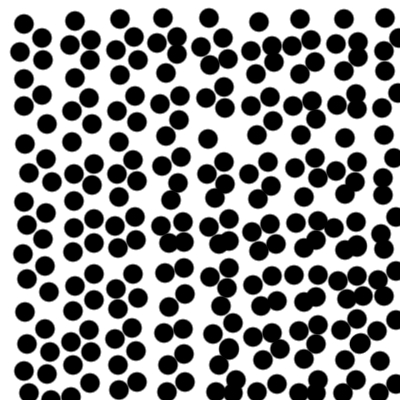 Also, just to avoid any confusion on the part of the user, Testo SuperResolution is a technology that is visible in reporting software following a thermal inspection. You won’t see it on the screen while doing your work, but the final product, the images used for your reports or records, will have a substantially higher resolution than a comparable thermal camera can provide. This makes ultra-high resolution thermograms affordable and let’s be honest, this technology is just plain awesome. If you already have a Testo camera or are thinking about purchasing one, be sure to check out the SuperResolution upgrade.