FLIR E4 – A Whole New Level for Thermography (Part I) 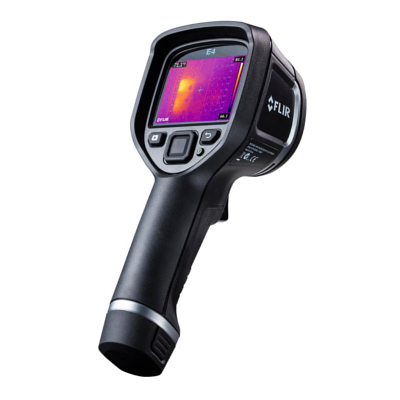 Hello all let's talk about the Flir E4. This is the first in a series taking a look at the new line of thermal imagers out today from FLIR and they are awesome. The biggest thing that everyone will be talking about when these cameras release is the addition of MSX, Multi-spectral Dynamic Imaging, to all of FLIR’s cameras, including the E4. MSX takes high contrast details from the built-in visible light camera and then etches them onto the thermal images in real time, so you get detail in your thermal images that was previously unheard of in higher price ranges, let alone the sub-$1000 mark. So the long and short of it is that for less than a grand you can get a camera with technology that is a step or five beyond standard thermal fusion and produces killer images like this one (see right). 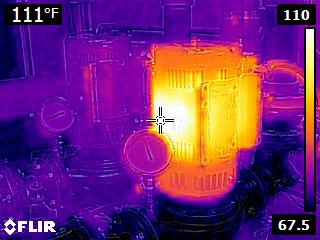 The Flir E4 also features a slightly higher resolution than its predecessor, the i3, at 80x60. This comes in addition to a 150mK thermal sensitivity and a much larger field of view at 45°x34°. So my advice, grab yourself one of these cameras. At less than a grand, it saves you time and money over the long haul, replacing those worn out and inaccurate spot guns you may still be using.

Visit this link for more information.