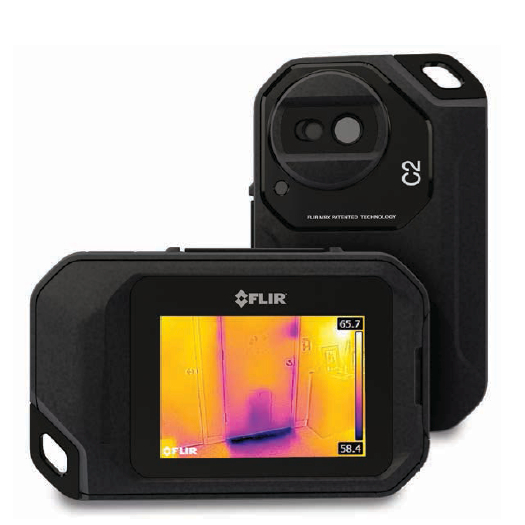 FLIR Systems continues to dominate the thermal imaging market by releasing exciting, innovative, and cost-effective technology year after year. This new year is no exception and sees the release of the FLIR C2 Thermal Imaging Camera.

FLIR touts their new device as the first complete pocket-sized thermal imaging camera that provides an ideal and relatively inexpensive solution for residential experts and contractors. Let’s dive in a have a closer look at the features and see how it stacks up in the thermal camera world.

The most immediately noticeable feature of the FLIR C2 is its physical design. The camera is super-thin, like a smartphone, at just 0.94” and is no bigger than 5” on any side, making easy to carry in-pocket. It has an extra bright 3” LCD display screen and an LED flashlight built-in for working in darker areas. 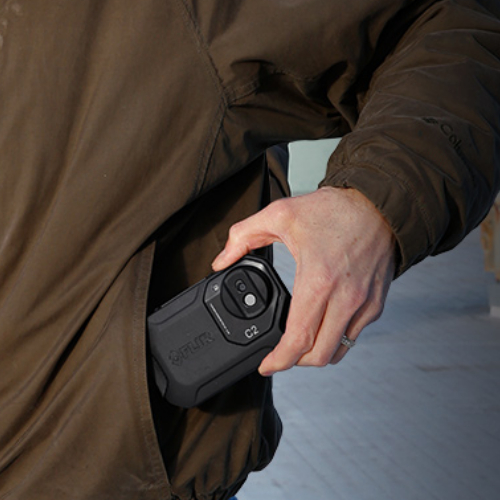 As to what’s inside the camera, the resolution, sensitivity, frequency and features rival the offerings of the FLIR E4 but at a lower price. The resolution is 80 x 60 pixels for 4,800 unique measurement points and the sensitivity is <0.10°C, which actually surpasses the thermal sensitivity of the E4 for the equivalent of an E5. It has a 9Hz refresh rate, which by now can be considered the industry standard for entry-level thermal cameras, as well as a temperature range of –10°C to +150°C (14 to 302°F).

Finally the question on everyone’s mind - does it have MSX? And the answer is YES. For those of you who are unfamiliar with MSX it is a proprietary FLIR technology that allows the overlay of high contrast visible light images to the thermograms on screen and in the saved radiometric .jpeg format.

In plain English, this means that you can see the clear outlines of objects as well as visual features like text on your thermal images instead of the typical nondescript blobs of heat that most thermal cameras offer. Additionally up to 500 images can be stored in onboard memory for later export and analysis to FLIR Tools software. 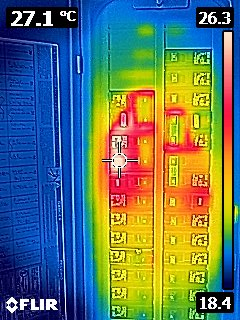 Overall, this little pocket-sized camera packs quite a punch and its price point is sure to finally make outfitting your team with thermal cameras a financial reality.

For more info on Flir C2 and pricing follow this link.